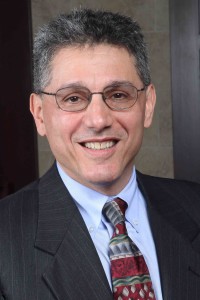 Mr. Drill has extensive experience in municipal, land use, affordable housing, farm land preservation and Right to Farm law.  He serves as counsel to a number of municipal planning boards and zoning boards of adjustment and has been doing so for over 25 years.  He also occasionally represents applicants before land use boards throughout the state.   He has experience with commercial, institutional and residential site plan and subdivision applications, use variances, and complicated and controversial applications such as solar electric generating facilities, cellular telecommunications facilities, billboards, and cemeteries. Mr. Drill also serves as special affordable housing counsel to municipalities.

Commencing with publication of the 2015 edition of “Cox and Koenig, New Jersey Zoning and Land Use Administration” (Gann), Mr. Drill became a co-author of this book, which is New Jersey’s premier land use and zoning treatise and serves as a practical guide through the intricacies of New Jersey Municipal Land Use Law (MLUL).  The book provides guidance for attorneys representing municipal land use boards as well as representing applicants before those boards, and is also an invaluable reference work for board members and applicants themselves.  The book can be purchased from the Gann Publishing Company.

Mr. Drill also self-publishes annually his so-called “crib sheets,” which contain the standards he believes should be applied by boards of adjustment and planning boards when considering applications for land use and zoning approvals.

Finally, Mr. Drill has written a number of articles on land use and zoning issues.

In re Declaratory Judgment Actions, Ocean County, 227 N.J. 508 (2017), modifying and expanding the definition of “present need” as established in the Mount Laurel line of cases to include a portion of the need for affordable housing that formed during the 16 year “gap” period (1999-2015) during which the New Jersey Council on Affordable Housing had not promulgated valid Third Round affordable housing rules.

In re Adoption of N.J.A.C. 5:96 & 5:97, 221 N.J. 1 (2015), granting a motion to enforce litigant’s rights, and dissolving the substantive certification process established in the Fair Housing Act of 1985 because it had become a futile administrative remedy due to the New Jersey Council on Affordable Housing failing to promulgate valid Third Round affordable housing rules, resulting in all exclusionary zoning disputes being heard by state trial courts.

In re Adoption of N.J.A.C. 5:96, 215 N.J. 578 (2013), invalidating the New Jersey Council on Affordable Housing Third Round affordable housing rules because the “growth share” methodology on which they were based conflicted with and was not authorized by the Fair Housing Act of 1985.